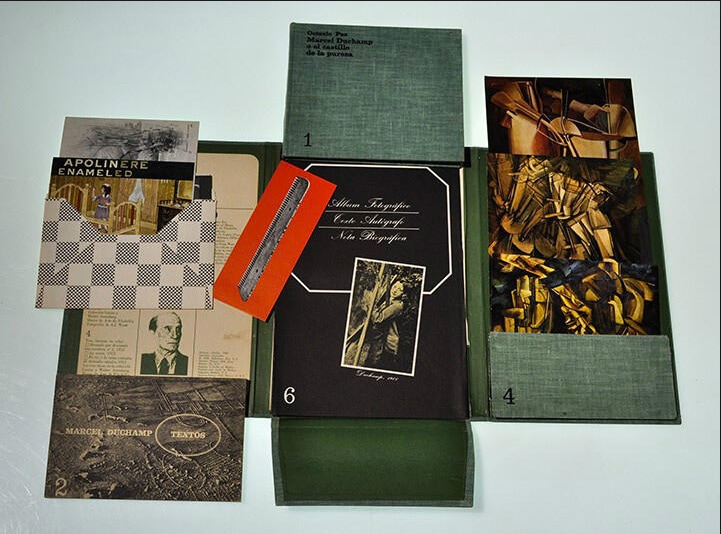 His early figure paintings were influenced by Matisse and Fauvism, but in 1911 he created a personal brand of Cubism combining earthy colours, mechanical and visceral forms, and a depiction of movement which owes as much to Futurism as to Cubism. His Nude Descending a Staircase, No.2, 1912 created a sensation at the 1913 New York Armory Show. Duchamp did very little painting after 1912, creating the first of his ‘readymades’ in 1913. These were ordinary objects of everyday use, sometimes slightly altered, and designated works of art by the artist. His earliest readymades included Bicycle Wheel (1913), a wheel mounted on a wooden stool, and a snow shovel entitled In Advance of the Broken Arm (1915). One of his best-known pieces is a urinal, titled Fountain and signed ‘R. Mutt’, which he submitted to an exhibition of the Society of Independent Artists in New York in 1917. In the ensuing controversy, the concept of the readymade became associated with an assault on the conventional understanding of the nature and status of art. Duchamp also used readymades as parts of a private symbolic language. He spoke of how using prefabricated objects freed him from the ‘trap’ of developing a particular style or taste.