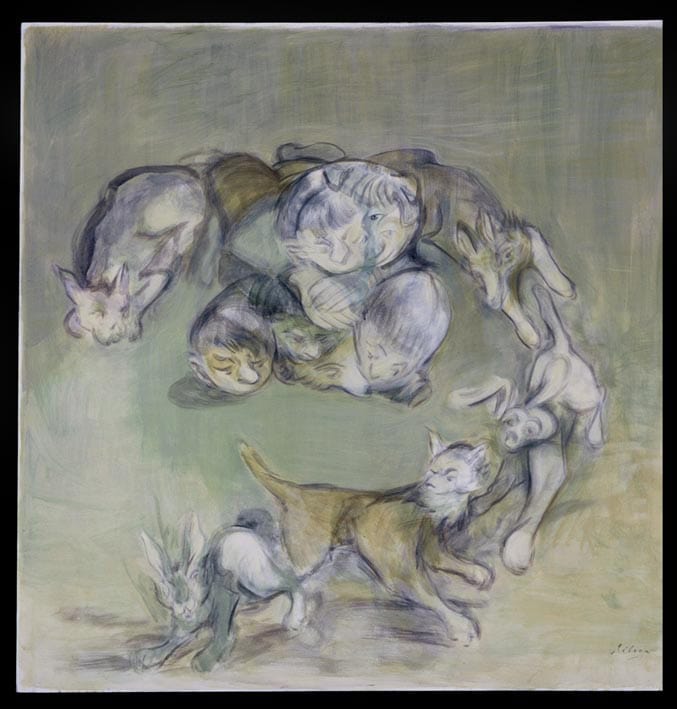 Self-taught artist. He began by drawing comics and contributing to newspapers and magazines. From the age of 14, Rébora has exhibited regularly in galleries and cultural centers on a national and international level. In 1983 he traveled to Italy settling in Florence on a grant that he received from Enricco Valecchi to work on metal engraving for a year in his workshop, Il Bisonte. Rébora ended up staying for eight years, receiving grants from several institutions throughout his stay. Currently, Rébora is considered one of the most outstanding draftsmen of his generation. His drawings from the precocious girl series have been widely celebrated. In 1994 he founded the Taller Ditoria where he publishes typographic poetry books. To date he has published around thirty titles with authors such as Ida Vitale, Gerardo Deniz, Juan Gelman, José Kozer, José Luis Rivas among others. In 2011, he won the XV Rufino Tamayo Painting Biennale (Mexico).