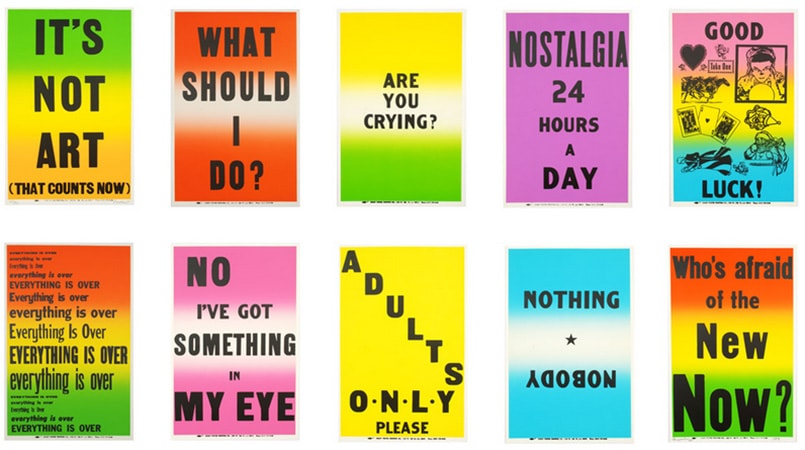 A pioneer of American Conceptual art, Allen Ruppersberg works in a variety of mediums including paintings, prints, photographs, sculptures, installations, and books. Ruppersberg graduated with a BFA from the Chouinard Art Institute in Los Angeles (now California Institute of the Arts) in 1967. During his early years in Los Angeles, he began significant relationships with John Baldessari, Ed Ruscha, William Wegman, and Allan McCollum. He participated in the groundbreaking 1969 exhibition When Attitudes Become Form, and is recognized as a seminal practitioner of installation art, having produced such influential works as Al’s Cafe (1969), Al’s Grand Hotel (1971) and The Novel that Writes Itself (1978). Ruppersberg has exhibited his work in over sixty solo shows and nearly 200 group shows since the late 1960s. His works can be found in the permanent collections of numerous institutions and museums worldwide.