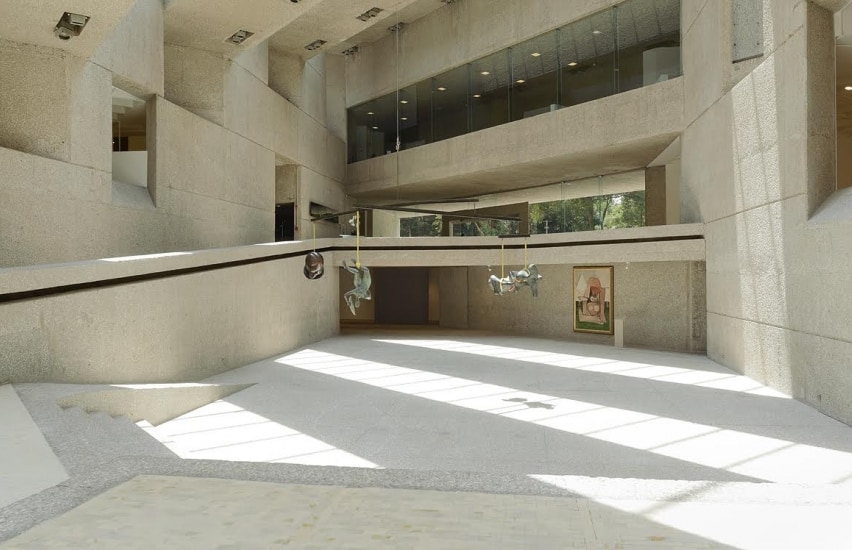 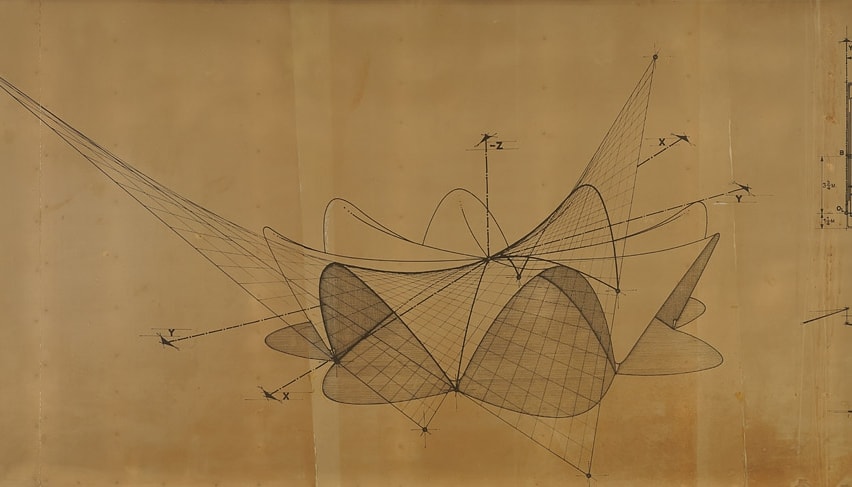 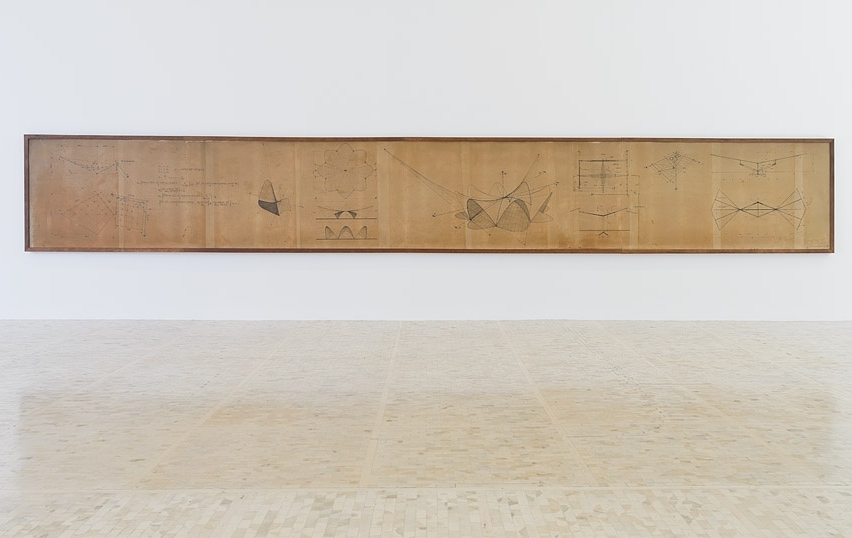 This series of “Museographic Essays” aims to set new grounds for collections display in an effort to understand and enrich Museo Tamayo’s modern and contemporary art collection, while distinguishing two particular approaches and interpretations in art production over the past century. A great majority of the pieces identified here as modern art were donated to the museum by Rufino Tamayo, and many were part of his personal collection, which included artists like Mark Rothko, René Magritte, Pablo Picasso or Isamu Noguchi—all of them working with traditional media like painting, sculpture and drawing.

Museographic Essay No.2 is articulated around a panel by Félix Candela (1910–1997) that shows a couple of his most important projects. The panel remained on display in his studio in Mexico City for decades, until recently. With architecture as a main reference in the selection of works—primarily modern in the first gallery, followed by contemporary works in the second gallery and the central courtyard—this show seeks to generate a dialogue between modern and contemporary, using museographic lighting parameters to underline the distinctions between the two spaces and highlighting the architecture of the building as an important element in the reception of art